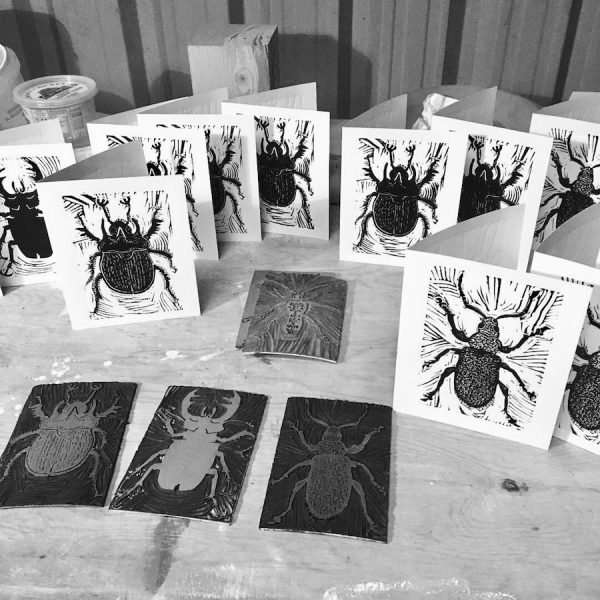 Fund Raising for Bug Life or “Saving the small things that run the planet.”

One evening in January we were watching Channel 4 news as you do.  After the endless agonising about Brexit, they introduced a new feature with the words “And now for the really important issue of the day”. They did a series of interviews with entomologists who described our present political turmoil of insignificance compared to the crisis in dwindling numbers in the world of invertebrates and their crucial role in the world as we know it.

I was very struck by this news as later this was followed by features on the Today Programme and in the Guardian. I decided that what better time could there be to remind people to get things into proportion and to remember the important things in life like nature and the survival of Planet Earth?

Having already embarked on a series of tiles based on beetles, I decided to extend my interest by starting a series of small linocuts on the same species, interested in the visual difference between one medium and another and entering a world of graphic imagery, something new to me. 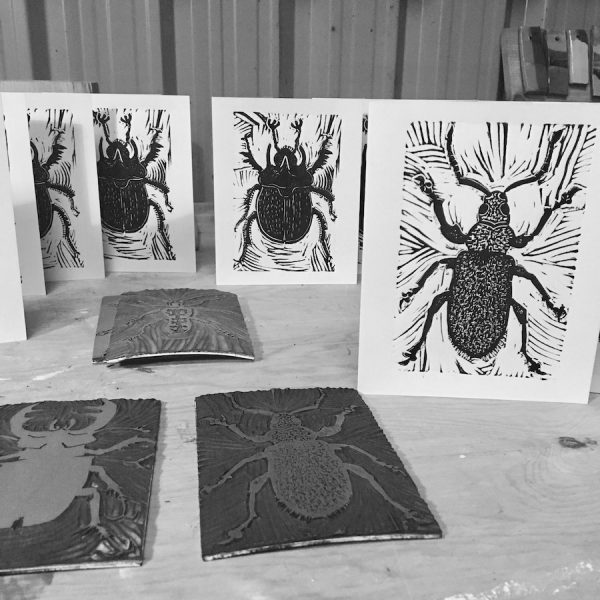 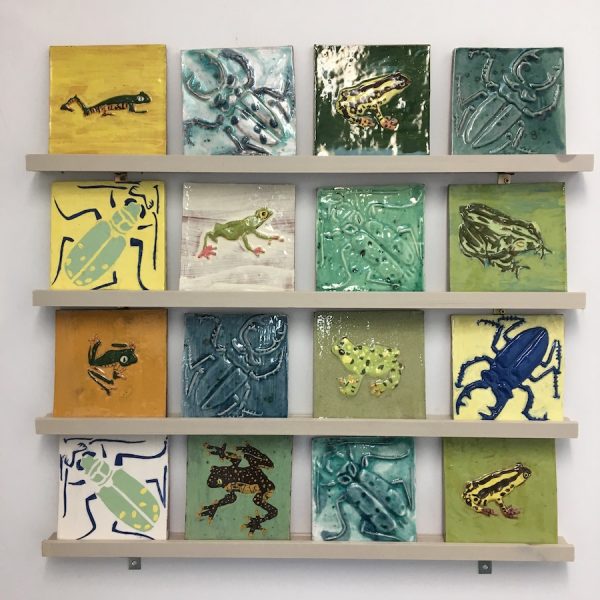 It has been gratifying and surprising to discover how well received my beetles have been and so I decided to use this opportunity to raise funds for Bug Life. I rang to introduce myself and within six hours heard from their head of publicity and within twenty four had a page on the donation section of their website.

The total now stands at £570 – this sum will be match funded by the landfill tax at a proportion of 10-1 and so I have raised nearly £6000. Do have a look at my page on Bug Life and you too might decide to make a donation and so receive an original artists print. 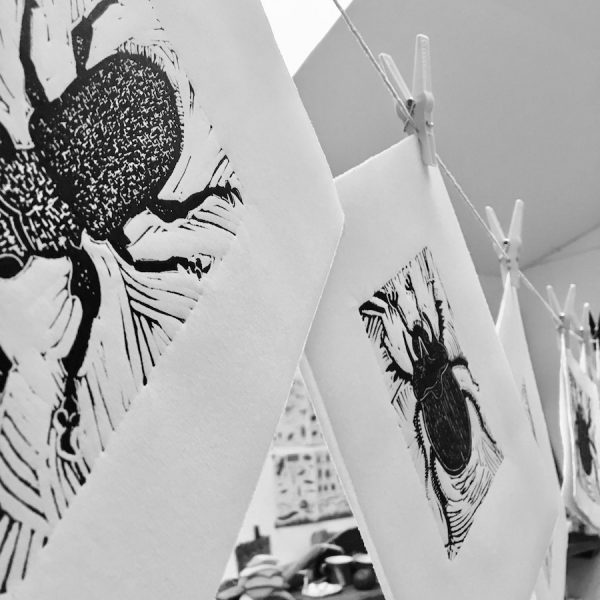 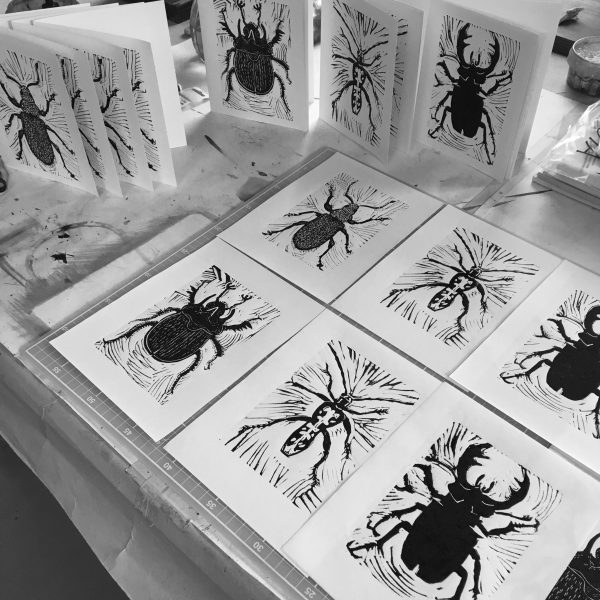